A Photo A Week Challenge: BRIDGES

Here is my entry for Nancy Merrill Photography’s,

A Photo A Week Challenge with the theme  “BRIDGES”.

Nancy provided this quote for the challenge; “Bridges are one of the most photographed structures in our world. Because of our need to live close to water, almost every community has at least one bridge it can claim as its own. Some are beautiful, some are urban, some are graffitied. But all bridges link one place to another, whether it’s two sides of a river or creek, two sides of a road, or two sides of an idea. Adventure awaits as we cross the various bridges in our lives, physical, emotional, or mental.”

I took the first picture as I was struck by the historic architecture of the castle as compared to the relative modern design of the bridge leading to it.  The Château d’Angers is a castle in the city of Angers in the Loire Valley, France and dates back from the 9th-13th century.  It is located overhanging the river Maine which divides the city in half.  My daughter lived there for a year and had to cross this bridge twice a day to go back and forth to get to her university and never got tired of the view of the castle. As a visitor I could not take my eyes off this imposing castle when I crossed the bridge. 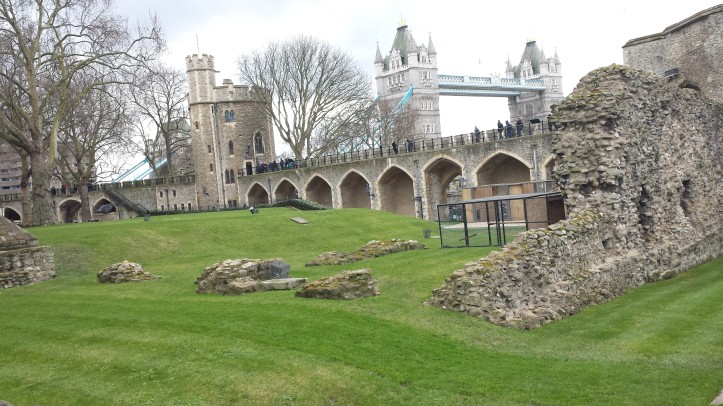 I chose the second bridge to be the picture I took of Tower Bridge, one of  London’s most famous landmarks, built in 1894, it is a suspension bridge on the River Thames that lifts up in the middle to allow boats to pass underneath it. Tower Bridge is located close to the Tower of London, a 900 year old fortress & keeper of the Crown Jewels, from which it gets its name. When we visited London we stayed near the tower bridge so I have a night picture as well.

While in the UK we took the underground to Paddington Station and in just a few minutes walk we came upon the picturesque canal area of Little Venice where I took this picture from one of the canal bridges.  It was so peaceful there after the hustle and bustle of downtown and we fell in love with these cutely decorated narrowboats.  People live on these old fashioned boats and it was cool weather that day so they were using there wood burning heaters to heat their boats and the sweat aroma of fires burning was in the air, which evoked times gone by. 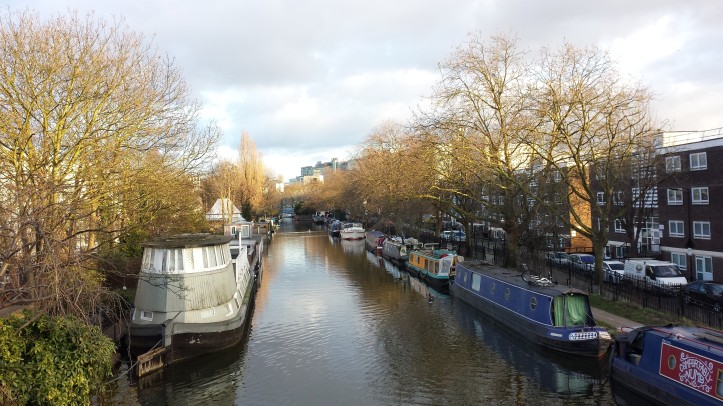 Follow nancy merrill photography to see the other submissions and so that you don’t miss out on weekly photo challenge announcements.

All of the images on the site are copyright marked, reduced resolution for screen use and contain watermarking.
I don’t imagine that this makes it impossible to copy and share them but I do ask you to link back to this site and credit me if you do. Hope that’s fair.